TIG vs MIG: Which Welding Process to Choose? 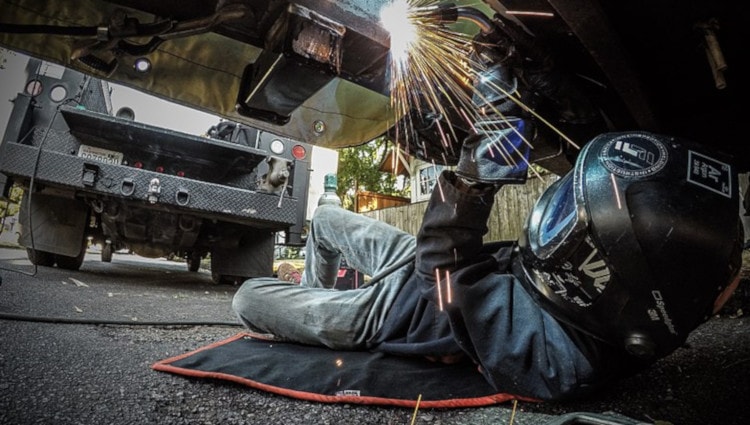 MIG vs. TIG: it’s an age-old debate. Which one’s better? Which one should you choose?

MIG welders often say their process is the best, and TIG welders take a similar stance. However, the answer is simple; they’re both right. MIG is always best for the jobs MIG welders do, and TIG welding fuses TIG projects better than a MIG ever could.

Therefore, how do you know when to use which process? This article gives the full run-down on what’s better between the two processes and when to use each one. It’s not too difficult to grasp, but it’s important to stick to the right welder for each job to ensure the best results.

MIG and TIG welding is the process of fusing two pieces of metal through the heat of an electric arc, which melts a molten puddle between them. When the weld puddle hardens, it becomes one piece.

During the welding process, filler wire is fed into this molten puddle to help the separate metals stick together while giving substance to the weld. Gas is needed to shield the liquid metal from impurities entering it. If contaminants like air get in, bubbles form, and the weld loses strength and doesn’t hold together as well.

The MIG arc is created through an electric current passing through wire fed out of a torch-like gun from the machine. The TIG arc is formed between a tungsten rod that remains stationary in a torch.

The MIG arc is large and has high heat input, but the arc’s spread out over a wider area, causing less penetration than a TIG weld. TIG machines create a narrow arc that is more accurate than a MIG. It’s capable of developing fine welds, but it can direct tremendous heat into a small point, unlike MIG welds’ wider heat zone.

The narrow TIG arc causes deep penetration, and often more heat goes into a TIG weld even though it’s a smaller direct heat zone. Its efficiency exceeds a MIG weld because, for the same amperage, TIGs will produce more heat as the MIG arc loses concentrated heat because it spans wider. A narrow arc, like a narrow flame, is always much hotter. 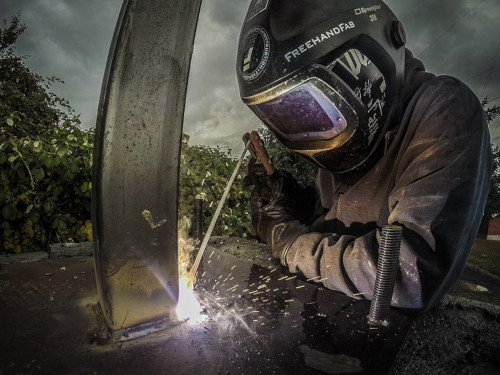 Filler wire is fed by hand into the weld pool when TIG welding, making it a more complex procedure and slower to perform. MIG wire is fed from a spool of wire inside the machine; it passes by rollers through a lead and out the end of the gun nozzle. It’s a fast and straightforward way to weld.

MIG welding is called point and shoot welding because you only need to aim your gun and pull the trigger to perform the whole process. Once the arc has started, you move your gun along the joint you’re welding at the required speed, and the weld’s complete. TIG welding requires more concentration and a steady hand to feed the wire as you travel along evenly.

MIG welds can be strong when they’re formed well, but they’re often not perfect, as small holes usually develop in them. These holes keep them from sealing tanks or pressure vessels properly. TIG welds are the highest quality welds out of all procedures. They are easy to seal, making them a common choice for sealing welds.

TIG welds also go much deeper in penetration than MIG welds, making them much harder to pull apart. You can form small, strong tacks with a TIG welder without any filler wire, and you will struggle to break them apart. Small MIG tacks break easily. MIG welding never has naturally deep penetration, although weld preparations like a V cut into a joint are ways people frequently provide greater depth of weld into a welded section. 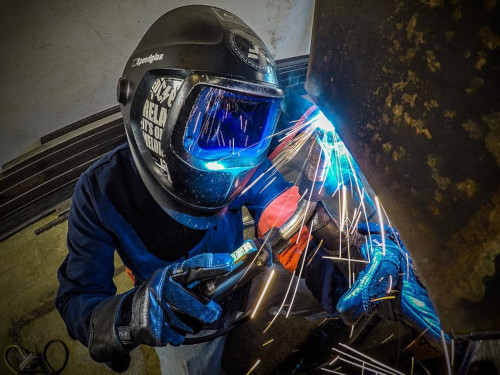 TIG welding is a slower procedure than MIG. Its weld quality is high, but this comes with a cost in the travel speed needing to be slower to achieve the necessary results. Feeding the wire by hand doesn’t help either; even if the weld pool could be moved along faster, the wire often can’t be fed in quickly enough to keep up.

MIG welding, on the other hand, can run laps around a TIG weld. It’s fast to set up, and long continuous welds are easily achievable. The travel speed can move along much faster than TIG welding, but you need to be careful not to lessen penetration with too much speed.

MIG welders may speed past TIG welders under the hood, but they never look as good. An experienced MIG welder can make a tidy weld appealing to the eye, but it doesn’t compare to a decent TIG weld. The pattern and tight uniform bead of TIG welds always look nicer. They rarely have spatter, and often require no finishing work other than a light polish or pickle to remove unwanted color.

Welds that are exposed, like uncoated stainless steel products, are almost always TIG welded, as they finish the project significantly tidier. MIG welds tend to be bulkier; they usually have spatter that appears and struggle to maintain the same elegant finish. 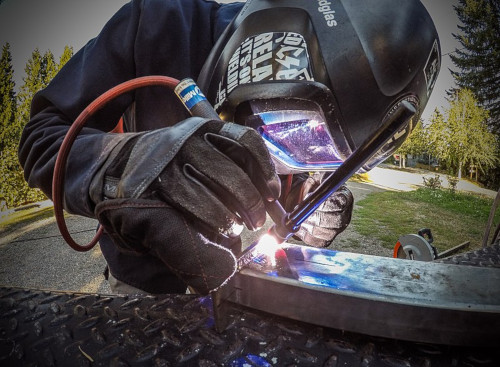 TIG welders are rarely seen changing career paths to MIG welding later in life, as TIG is a more complicated procedure and is therefore seen by many as a higher class of welding. MIG welders, on the other hand, often go on to TIG welding after a few years welding MIG. Easier disciplines like MIG often lead into TIG welding.

TIG is much harder than MIG welding, as there is so much more to think about and maneuver correctly as opposed to MIG welding. Starting to MIG weld is like learning to drive in an automatic; all you need to focus on is your speed and direction. TIG welding is like learning in a manual car; adding hand-fed wire into the scenario is like gears in a manual vehicle. It proves significantly more challenging to learn. However, it can be accomplished without any other welding abilities.

Both TIG and MIG welders can weld every metal, although TIG welders that only have DC rather than AC and DC capabilities cannot weld aluminum. However, just because both procedures can weld any metal doesn’t mean they both should.

Both TIG and MIG welders equally weld aluminum frequently, but stainless steel is mainly TIG welded. There are plenty of people who MIG weld stainless, and you can do a nice job of it, but the majority of stainless steel welding is done with TIG welds. This is because stainless steel fabrication tends to be uncoated, so all the welds are exposed. It’s a more expensive material, so products usually require pristine welds. Many tanks are also made out of stainless steel and need sealed seams, which TIG welding suits.

MIG welders primarily weld steel, but you will find the odd person doing TIG steel. This is because the aesthetics aren’t too critical with steel, as it often has a coating put over it after fabrication. When it doesn’t, it’s a job where looks don’t matter, so it’s better performed with a quick MIG weld over a TIG one. TIG welding also requires a clean surface to fuse, and steel is the dirtiest of metals. It takes too much to clean steel sufficiently to TIG well, unlike MIG welding, which is capable of burning through dirt more easily. 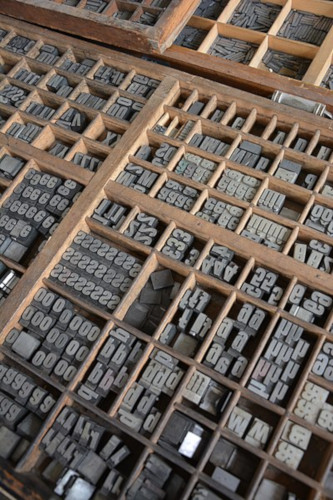 TIG welding always costs more, as it’s a much slower process. The consumables cost slightly more, but not by much. It’s primarily the speed of the project that makes TIG welding expensive.

MIG is a low-cost option by having the capacity to fabricate at a significantly faster rate than TIG welding. The preparation work is also much less for a MIG weld, so projects can be stitched together fast without much prep work, unlike TIG.

Other news from the blog:

The MIG procedure automatically feeds wire from a spool in the welder through a lead and out the end of a gun nozzle. The arc is created by an electric current that flows through the filler wire and is produced as it touches the metal you’re welding.

There is a trigger on the gun that engages the current while feeding the wire and shielding gas out. It’s an easy way to weld, as everything happens at the touch of the one trigger.

Settings can be changed at the machine and are sometimes linked to the gun for mid-weld adjustments. Once the welder is set up for a particular job, it’s as easy as point and shoot as you focus on your moving speed and weaving pattern.

TIG welding uses a tungsten rod that remains stationary inside of a torch. The arc is formed between the tungsten rod and the metal you’re fusing, while the person welding hand-feeds filler wire into the weld pool. Gas flows from the torch around the arc in the same manner MIG welding gas does, but the gas is normally a different kind than what MIG welding requires.

The TIG arc is generally much narrower than the MIG arc, meaning the heat is directed into a smaller area. This creates deeper penetration, and the ability for finer welds, but an overall slower process. The process is slower due to the need to hand-feed the filler wire into the weld pool.

While MIG and TIG both have different strengths and weaknesses, there is no one process better than the other; they are both used for different purposes. MIG welding is a good option when low-cost, fast welding on materials like steel and aluminum is needed. It can run tidy stainless steel welds but is primarily used for steel and aluminum.

TIG welding creates high-quality welds that are expensive and slow. You typically TIG stainless steel and aluminum projects. It’s a difficult procedure to learn, but once mastered, it’s considered the most satisfying weld to perform. This is because of its accuracy, deep penetration, and highly attractive looks.

Thanks for reading this article. We hope you’ve found it helpful. Feel free to send your comments to us below.

How to Replace Rocker Panels Without Welding
AC vs DC Welding: What’s the Difference?
How to Fix Cast Iron Without Welding
How to Test an Auto-Darkening Welding Helmet: 7 Quick Steps
What Is TIG Welding (aka GTAW)? Understanding it Thoroughly