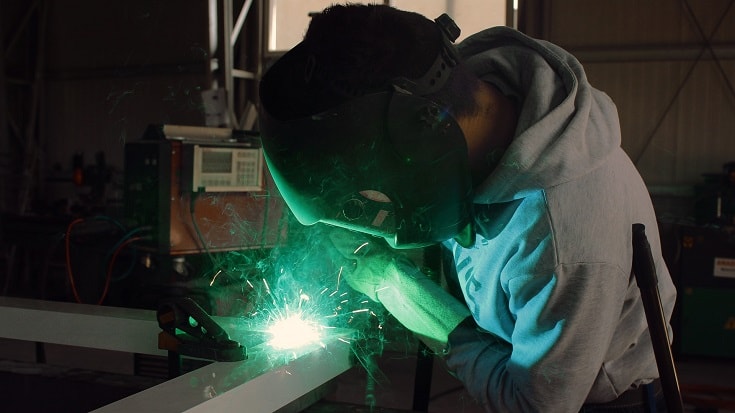 Welding is a highly skilled trade with many different career paths available. There’s a lot more to it than just welding two pieces of metal together. Some welders work underwater in the open ocean or rivers and lakes, performing various jobs such as building ships or maintaining oil rigs. Other welders may work on pipelines that carry oil and natural gas for thousands of miles. If you like the idea of working on rockets or other high-tech gear, you may be more suited for a career as an aerospace welder or working on robotics. No matter what your preferences are, there’s a welding career out there that’s well suited for you. The following 22 welding jobs and careers are all viable options to consider. 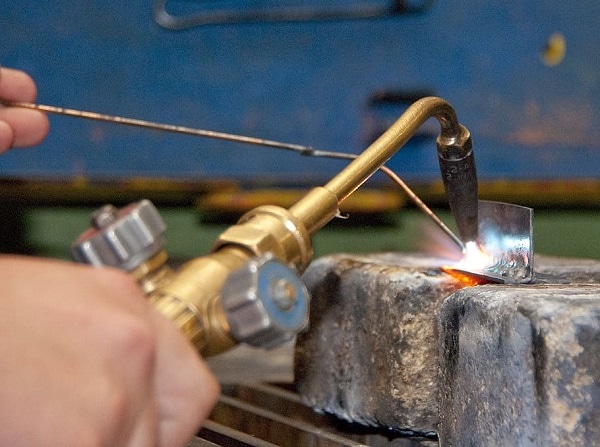 A tack weld is a small weld that is meant to hold items in place and maintain their proper positioning so that the main weld can be performed. Rather than trying to hold heavy pieces of metal in place while welding them together, a series of small tack welds can be applied to give them strength and keep them still before the main weld is applied. A tack welder’s job is to properly position the pieces and apply the series of small tack welds so that a lead welder can come back through and easily make the finished weld. Tack welders are often used in various aspects of construction to hold together pipes and sheet metals. 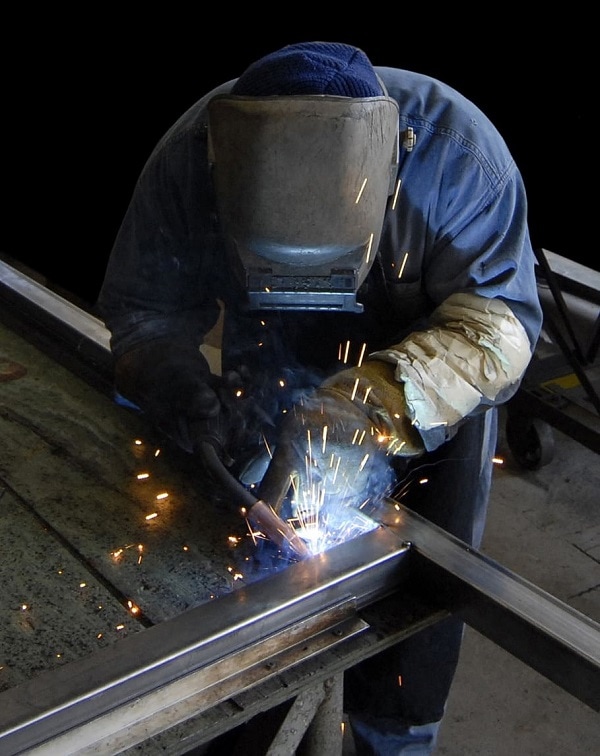 A fitter welder is a specialized welder who does more than just weld two pieces together. They will also use heat and lasers to shape pieces of aluminum, steel, and other metals before welding them together. Since this requires more skill and experience to perform, fitter welders receive higher levels of compensation than your average welder. They’re needed in important industries such as aerospace engineering, the automotive industry, construction, manufacturing, and motorsports. 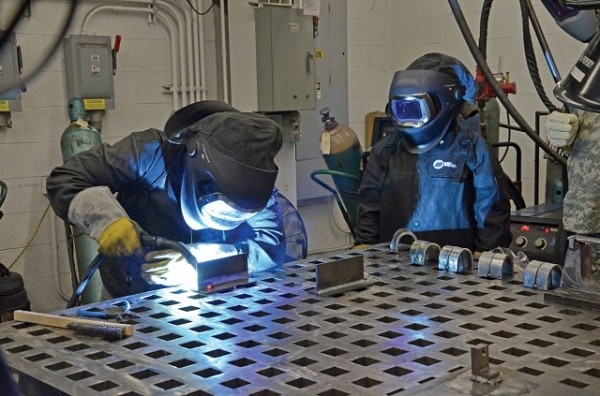 When you first start looking to get into welding professionally, you probably don’t have many qualifications or much experience. In this case, your first job will likely be as a welder helper. You’ll be doing whatever the lead welders ask of you, such as cleaning up and preparing the metal before it’s welded, or cleaning up afterward. This is just a stepping stone to bigger and better jobs within the field. 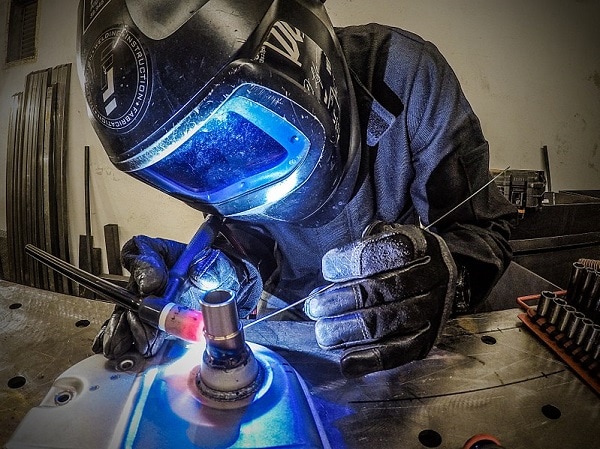 TIG welding, also known as Gas Tungsten Arc Welding (GTAW), can be performed without filler metal, and it can be used to make very small and precise welds on even the thinnest of metals. TIG welders specialize in this process, and they can work in manufacturing, automotive, and robotics, among other industries. 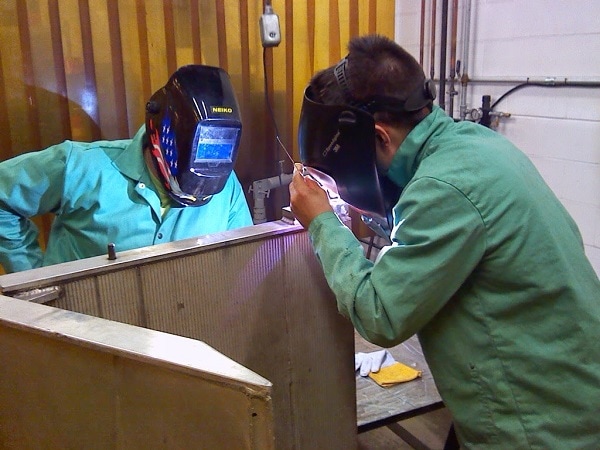 Welding is a career that requires a lot of education and certifications. This means that welders often start their careers by attending a school of some kind so that they can get them. Well, someone has to be there to teach them, and as a welding instructor, that would be you. Welding instructors have to stay up to date on the latest processes and must be good at explaining complex welding processes to untrained students. 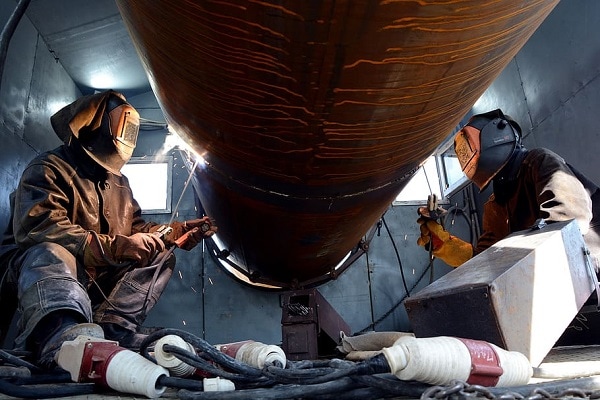 Pipe welders work on large pipelines across many industries. The natural gas and oil industries especially employ many pipe welders to work on their industrial pipelines that carry these materials thousands of miles. Pipe welders are some of the best-payed welders in the world, and if you’re willing to travel for this career, you could easily make a six-figure income as a pipe welder. 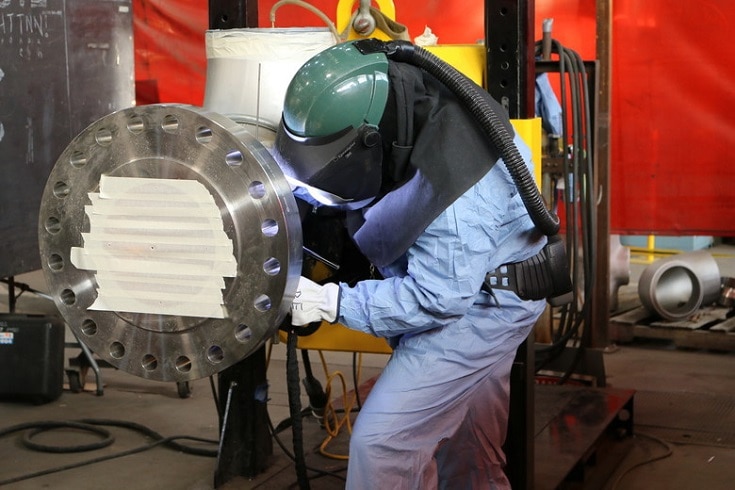 Nuclear welders have to be cleared by the FBI before working with and around the hazardous nuclear materials necessary for this career. They often work on submarines, ships, or even nuclear reactors. You’ll need to be the best of the best when it comes to welding if you want to move up to this part of the field. You’ll also need a host of certifications that are quite time-consuming and difficult to get, but the pay is well worth the time invested. 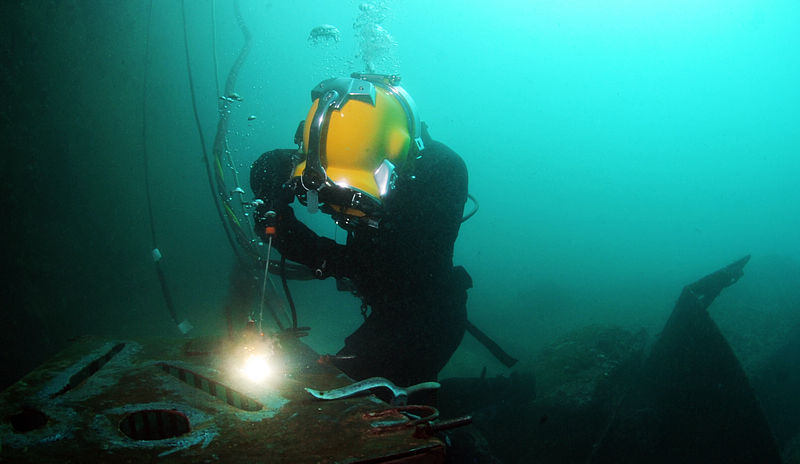 If you like to swim and dive, then you may consider becoming an underwater welder. They perform a variety of tasks including underwater construction, shipbuilding and repair, repairing and building dams, and many other tasks. They often work in the open ocean, but there are also plenty of opportunities on-shore with rivers and lakes. This is a very high-paying job for a welder, but it also requires special schooling. To become an underwater welder, you must first become a commercial diver, then you must get your AWS wet welding certification. 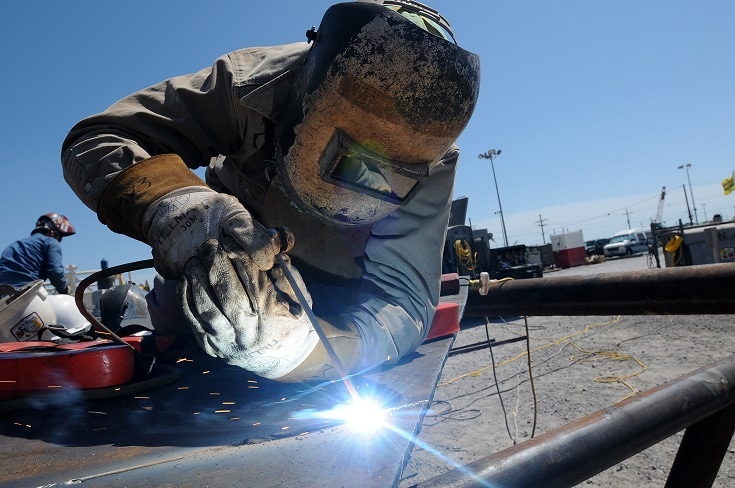 Rig welders work on oil rigs to build and maintain them. This is usually out at sea, and rig welders often live on the rigs they maintain for weeks or months at a time, working 12-hour days, seven days a week before taking several weeks or months off completely. Because of the high level of skill necessary to perform this duty and the very long and difficult hours they work, rig welders are some of the best-paid welders there are. 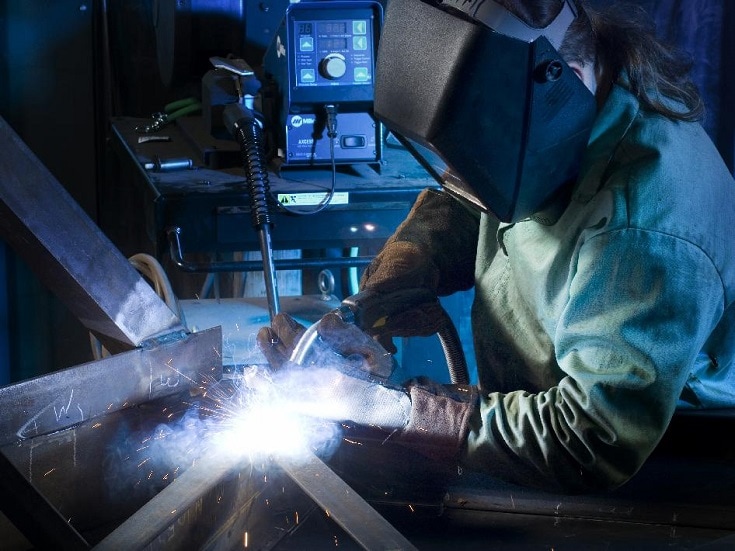 If you like the idea of working on rocket ships but you’re not a rocket scientist, then being an aerospace welder may be a career to consider. You’ll get to work on rocket technology for such companies as Space X. There’s a lot of competition for these high-paying and rewarding jobs, so you’ll have to be a top-notch welder to be considered for them. 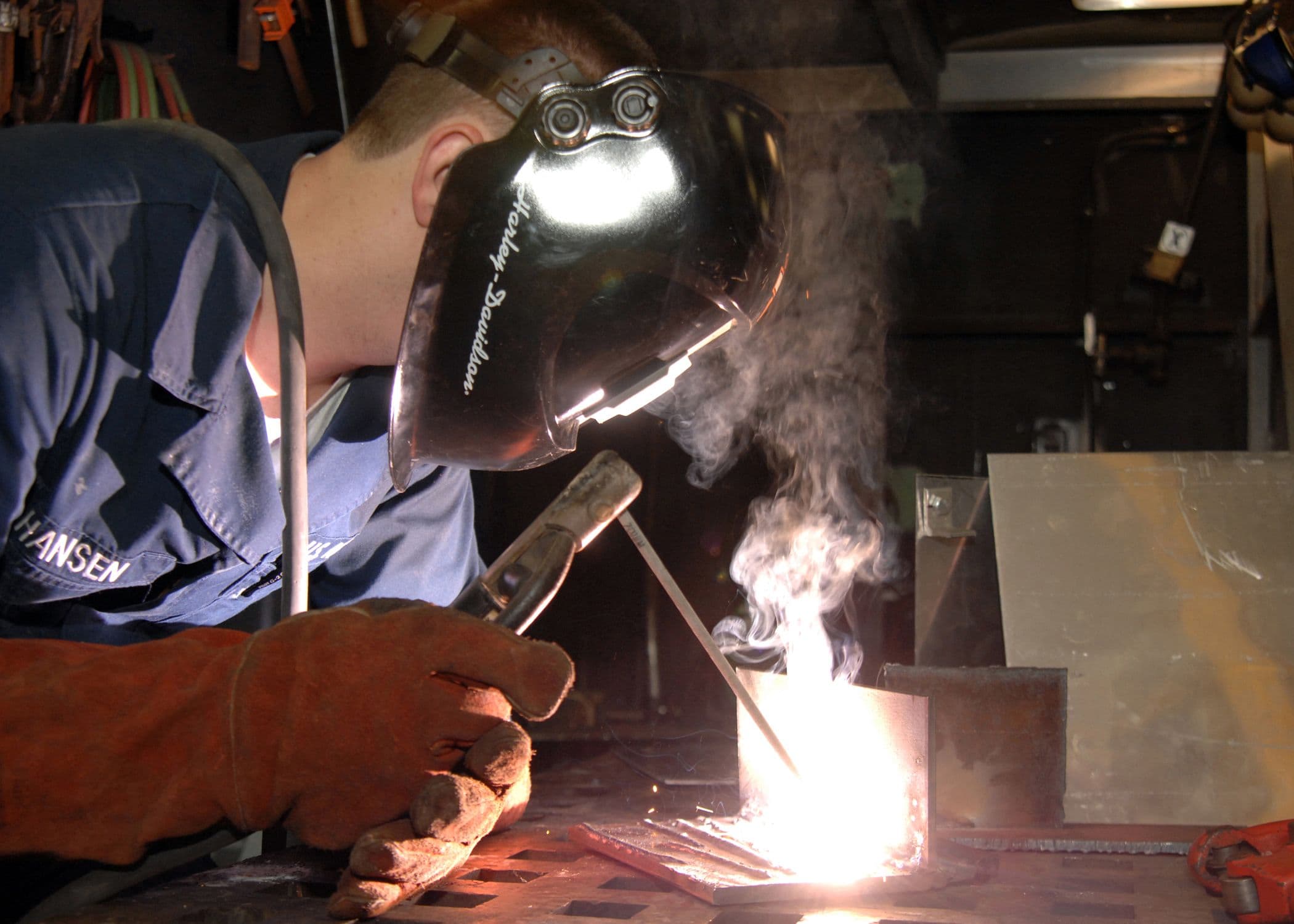 A welding technician’s job is to work with welders and engineers together to improve the welding processes being used for a particular job. They’ll often be inspecting and supervising while looking for ways to speed up the processes, making them more efficient and less-expensive when possible. 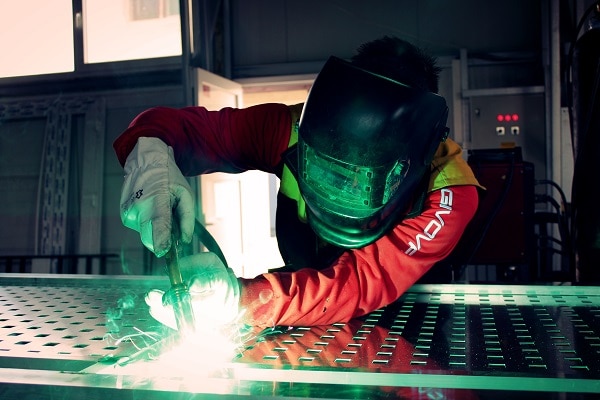 Manufacturing welders make up the largest percentage of welders in the United States. There is no shortage of these jobs to go around since they are needed in almost every manufacturing industry. As a manufacturing welder, you could find yourself working in automotive, mining, telecommunications, agriculture, factory work, and many other industries. Since they’re not as specialized, manufacturing welders aren’t the best paid of the bunch, averaging around $40,000 annually. 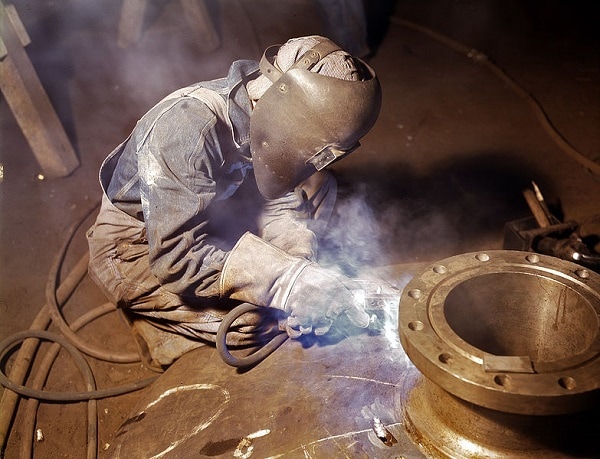 Boilermakers help build the large boilers, containers, and vats used in blast furnaces, power generation plants, commercial factories, and other industries. They’re expected to weld a variety of metals including many different pipes and sheet metals, as well as read blueprints, shape metal, and sometimes even bolt pieces together. 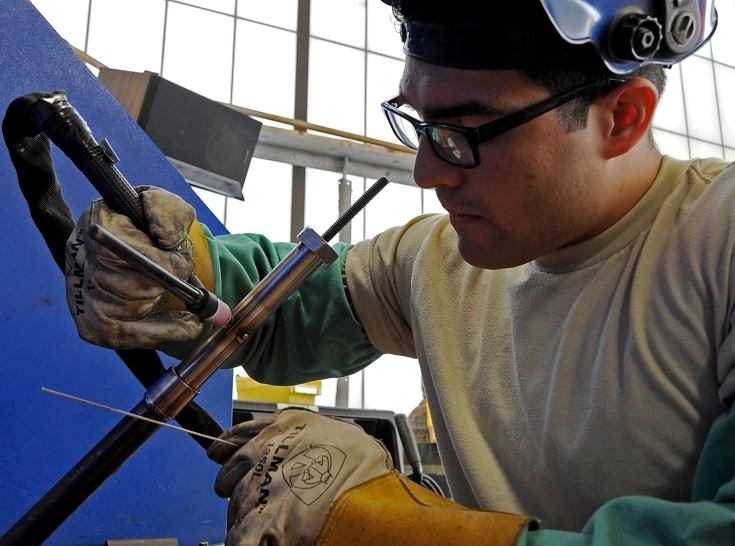 Welding inspectors need to be very experienced and understand the welding processes very well. They don’t do much welding in their job, instead, inspecting welds performed by others to ensure that they meet all necessary standards for safety and quality. 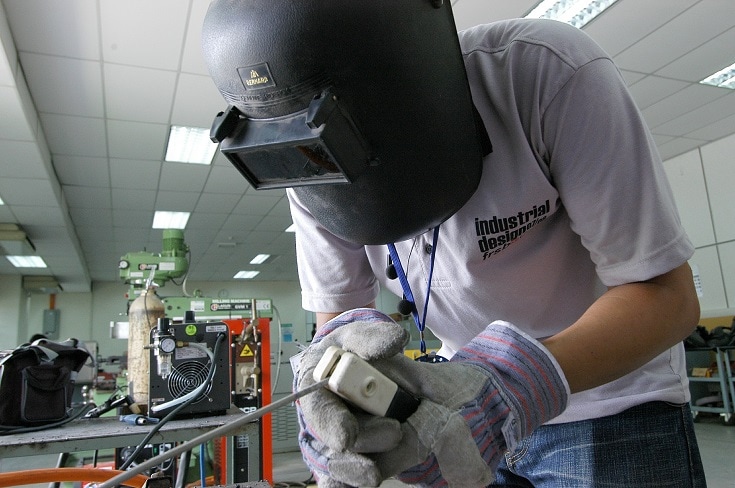 Welding engineers work on the design and planning phases of large industrial projects. Rather than performing welds themselves, a welding engineer develops the procedures for the welders to follow on the project, determining what and how things will be welded to ensure that everything is strong and safe enough when it’s complete. 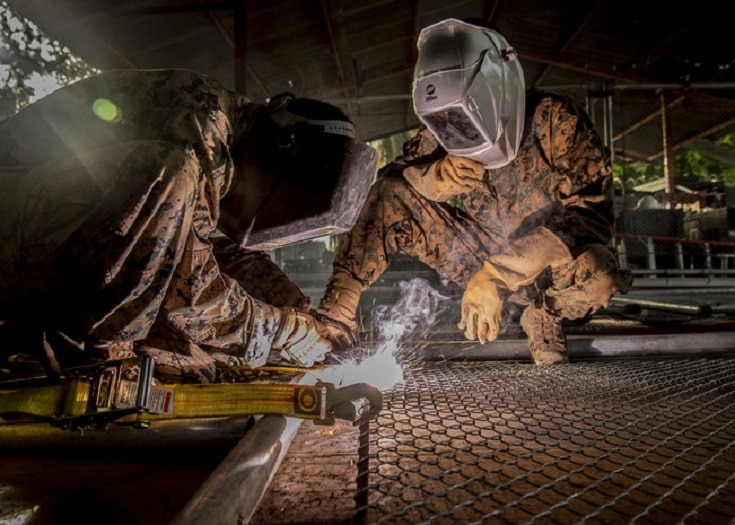 Welders are needed in any industry that builds with metal, including the armed forces. All branches of the military need welders, and if you’re doing welding in a warzone, you can expect some pretty lucrative compensation. In fact, some military support welders earn as much as $160,000 annually. 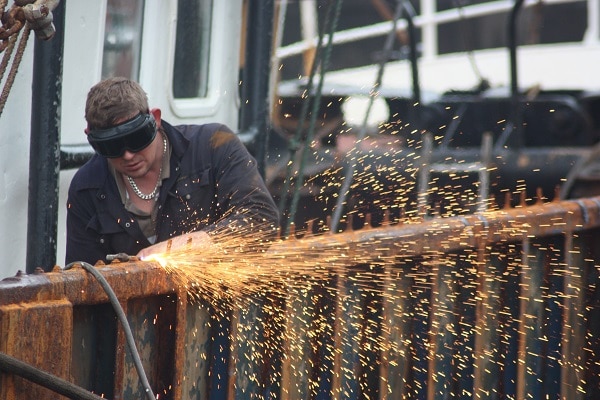 Major manufacturing facilities often need to shut down for a short time to perform major repairs, maintenance, upgrades, and renovations. With such massive companies, every minute they’re forced to be shut down will cost unimaginable amounts of money. As an industrial shutdown welder, you’ll travel to the closed down plants to inspect and repair pipes and more to help get them up and running again as fast as possible. 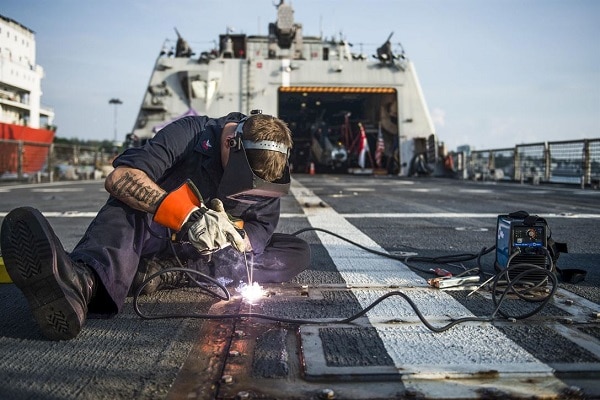 Ships are made out of metal, so naturally, welders are needed to put it all together. As a shipbuilder, you’ll be expected to work in and around water, so you’ll need to become underwater welding certified. This requires a commercial diving certification first and plenty of additional education, but the improved paychecks will be worth the extra investment. 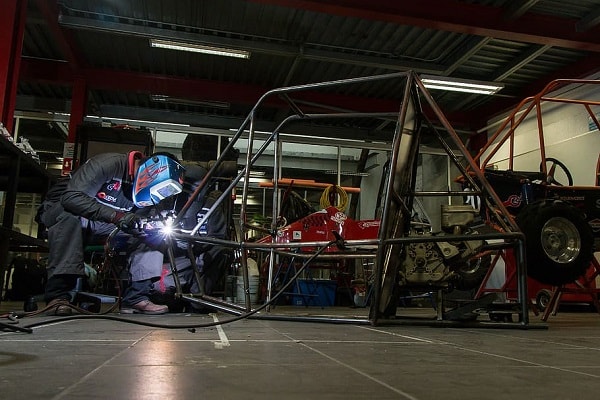 Motorsports need a lot of welders since most automobiles are made almost entirely of metal. At the high speeds that racing vehicles move, a weld failure would be disastrous, so welders working in these environments need to be incredibly skilled and experienced with very high attention to detail. But they get to work in some very exciting companies such as NASCAR. 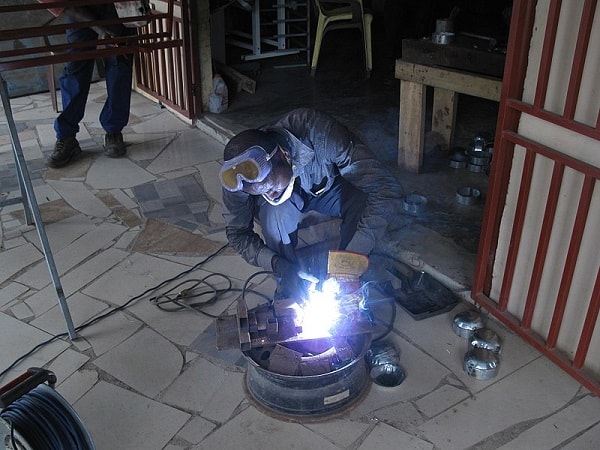 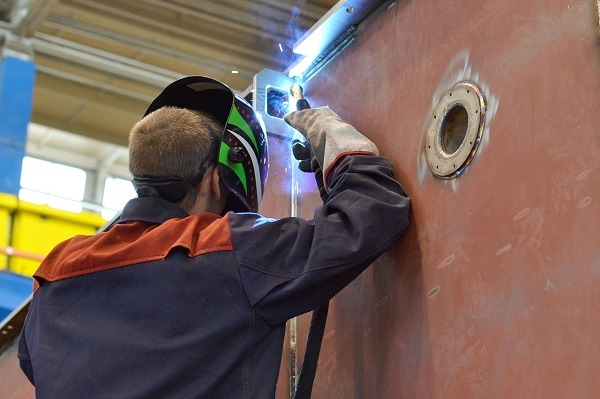 Many types of ships that spend most of their lives out in the ocean will require a live-in maintenance crew that includes a welder. You’ll be expected to be on call all of the time to take care of any welding repairs immediately as they pop up. Cruise ships and oil rigs are some of the most common places that you’ll work doing ship maintenance and repair. Because of the travel, long hours, and highly skilled work, these welders are well-compensated. 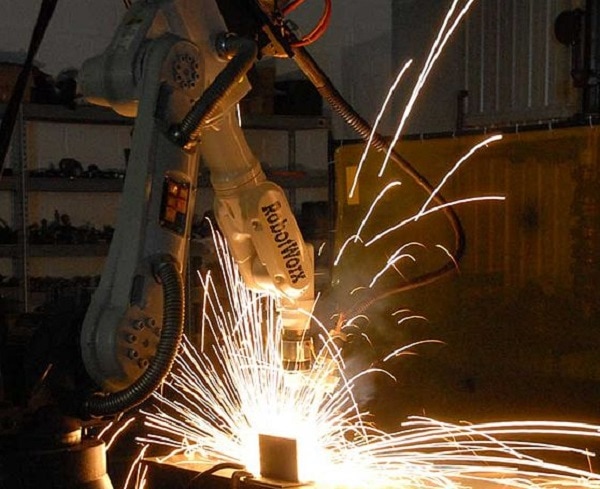 Robotics are often made of metal and require fine, precision welds to build. Increasingly, robots are also used to perform welds, but humans still need to be the one to man the controls. Whether you want to work on robotics or with robotics, a well-trained and highly experienced welder is still necessary to the process.

As a welder, you don’t have to be stuck performing the same tasks day in and day out. If you’re good at your craft and are willing to get some additional education and certifications to prove your skills, then you could have a career in one of many different exciting fields. Whether you want to weld deep in the open ocean, help build rocket ships, or perform precision welds using the latest and most advanced robotics, there is a welding career that will fulfill you and compensate you well for your time and skill. If you want the best-paying jobs, you may have to be willing to travel or take on a little risk, but in many of these jobs and careers, welding can be a fulfilling way to make a very respectable living.

How to Identify a Good Weld vs Bad Weld
Seamless Steel Pipe vs. Welded Pipe: What Are the Differences?
Auto-Darkening vs. Passive Welding Helmet: Which Is Better?
What is Braze Welding? How Does It Work?
How to Bid on Welding Jobs and Win (4 Expert Tips)